A few years ago, I was privileged to be on a stage with two National Book Award winners, Barry Lopez and Ivan Doig. It was a great evening for me personally to be answering questions, talking about writing and stories with the likes of these two fine writers. I recently read an interview done by David Jaspar of the Bend Bulletin with Mr. Lopez, In the article, the nature writers talks about storytelling and how exploring that activity with indigenous people has been such a huge part of his travels and writing. (Horizon is his latest). He spoke of an elder who responded that there is a social part of storytelling. “The story has to help…if you say that you are the storyteller and the stories that you tell don’t help, then you’re not the storyteller, even if you say you are.” I love that concept! Stories ought to help us heal rather than tear us apart. He goes on to write about wisdom and a storyteller’s role in “creating a pattern in language that induces wisdom to come forth.”

This subject comes to me during the uproar about the book American Dirt by Jeanine Cummins, written about a Mexican family’s immigrant experience but written by an author who is not Hispanic. The book is an Oprah pick and the author has taken major heat and received threats not for the compelling nature of the story but because she is said not to be the right storyteller for it. I recall what NYTimes author Margaret Cole once said after she wrote a book called Chief Left Hand. It’s the story of the Arapaho man who met Lewis and Clark and spoke English with them. She wanted to know how that had happened, where did he learn English? It’s a fabulous book well -received by native peoples as well. At one signing, however, she relayed, an Arapaho man stood up and said “This story should have been written by an Arapaho.”

“And why wasn’t it?” she responded.

She went on to talk about how stories find their tellers and this unanswered question had been in many minds, no doubt, through the years. She suggested that the story may well have tapped an Arapaho on the shoulder but that storyteller did not respond. So the story found someone else – Margaret Cole. I like to think that’s what has happened to me as I’ve told these stories of Native Indian women, African-American women and white women of Irish, English, German and other descent of which I am only the German one. The stories speak to me and so I tell them, researching, listening, and hoping that like Barry Lopez’s storytellers, I help “create a pattern in language that induces wisdom to come forth.”

In my Kinship and Courage Series, a reader once suggested that I was as wise as Elizabeth, the matriarch of these wagon-train women. I assured her I was not, that Elizabeth’s character came from years of listening and paying attention and being fortunate enough at times to unveil through her the insights that most of us know but may have forgotten until we read them in another’s voice. At times in my writing I have written something then sat back and said to myself, “I didn’t know I knew that.” May you find such wisdom in the storytellers who call your name inviting you into their reading worlds that you may open your hearts to the healing of the story. And if you are a writer…tell the story.

I truly have the best readers in the world! When I invited people to send greetings to Jerry to spur his healing, you did not fail him! Cards, letters, emails even some phone calls came his way. Thank you. He continues to receive treatment here on the desert. The side effects of the immunotherapy have been troubling but his doctors respond quickly and the latest concern – a terrible cough that puts his back into spasms and also kept him awake (me too!) several nights – has been addressed with medication. A CT scan next week will tell us if we are making progress and if he might go to monthly treatments (doubled the dosage) rather than twice a month. It’s a journey. Thank you for your kindness of prayers and healing thoughts. 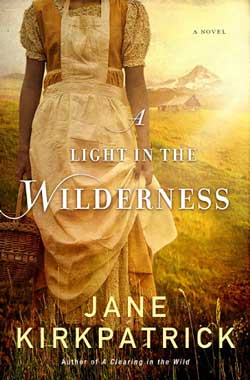 When Letitia Carson left Kentucky as a slave sometime before 1845, she couldn’t have known how her life would be remembered two hundred years later. The subject of an Oregon PBS documentary, the main character in my award-winning novel (A Light in the Wilderness), the subject of a novel about her earlier life by Janet Meranda, (Freedom’s Light: The Letitia Carson Story Begins), articles in historical journals by Dr. Bob Zybach and more than a footnote in the annals of Oregon history. Just today I read on the Bureau of Land Management website for Oregon about her being one of only four women to receive a land patent in 1869 where she went from being property to owning property. She even has a creek named for her in southern Oregon. And she’s much more than the footnote of another African American woman referred to only as “colored” who along with suffragette Abigail Scott Duniway (subject of my fall release) tried to vote in 1872. Letitia at least has a name. Pretty amazing and worthy of pondering her legacy for Black History month.

As you might imagine, I have been thinking about legacy of late. When one gets to a certain age, the thought of what will be left behind takes on more focused activity. Legacy is a word that comes to us from the Latin legatus meaning “ambassador, envoy or deputy.” That origin surprised me and yet there is a gravitas to such beginnings. Something worthy is being conveyed, carried. Through the years it has also taken the meaning of a gift or appointment. It even brings in the idea of “related to, associated with or carried over from a previous time.”

Letitia’s legacy for me is in part her great courage in setting forth with her white, common law husband Davey and heading to Oregon, a territory known to be unwelcoming to people of color whether free or slave. Laws – that were not removed until 1922 – excluded the entry of persons of color and while the Act to “lash” violators was not widely enforced, it still left a “legacy” of fear in the hearts of those born with pigment in their skin. Still, black men were acknowledged as citizens able to vote even before white women and long before Native Indians of either gender were recognized as citizens who had once welcomed those intruders only to have their lands usurped. These are not great legacies.

But despite all the odds against her, Letitia risked filing a law suit to protect her children after Davey died. She filed another lawsuit to acquire property taken from her. And then she used the law to file for a homestead in 1862 with the Act that enabled men and women to prove up land and then be able to claim it as their own. She went on to midwife local women, to farm, and be an admired member of a southern Oregon community of which she was a part. In ways, she became an ambassador for her race, for how to pursue one’s dreams and live well with one’s neighbors. And she carried the gift of taking one step at a time into the unknown without faltering at the altar of blame and accusation knowing that spending time there keeps one from the commitments that bring meaning to one’s life.

As I read about many of those remembered or celebrated during Black History Month, it is their perseverance in the ordinary that rings out, the never failing to move forward despite the barriers. And I suspect they did not worry about what they would leave behind or how they would relate to a “previous time.” They did what they felt compelled to do and somehow the story of their journey eased into our stories, strengthening their own legacies while helping us persevere in our own ordinary days. I for one am grateful. 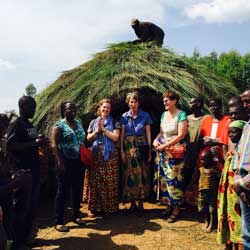 Some of you know of my passion for and partnership with the indigenous people of Burundi, the Batwa. One of the three villages was devasted by monsoon-like storms in December. The winds tore their thatched huts, heavy rains destroyed their crops just ready to harvest and flooded what was left of their small village. First Presbyterian church in Bend and AfricanRoad.org raised money to replant and rebuild and provide food. The other two villages have shared their harvest to help them through this difficult time and assisted in replanting like the good neighbors they are. I’d love to offer you the opportunity to help too. Many of you have contributed to the identity kits, the school sponsorships and the medical cards that have permitted these three villages to move forward. Because it’s my birthday this month — I will be 74 and wondering how that happened – and because it is Black History month, you are invited to contribute on my website to the Batwa people. I will be forever grateful and so will they.

BookPage (top pick for fiction) wrote of this fine book: “Magnificent…if you love words, if you love music, if you love love, this [novel] will be without question one of the year’s best.” A friend in Wisconsin recommended this title and it is adorable. It’s the story of a small music shop in England in 1988 when CDs were first coming into being. The music shop owner only sells vinyl records, however. He is adamant about that. (As an aside, the local Desert Sun paper recently reported on a terrible fire at the largest manufacturer of vinyl, a terrible loss. Who knows what it will mean to the vinyl record industry going forward? I digress). This is a book about music and its healing properties. But it’s also a great love story between two people trying to understand who they are and how music plays a part in their journey. I laughed, cried and downloaded the playlist on Spotify (it’s also on YouTube) of all the music mentioned in this book. Alert: There is an occasional – very occasional – use of the four-letter word that is not “love” but please, please do what you can to step over it so you don’t miss out on this truly glorious story of community, music and joy. 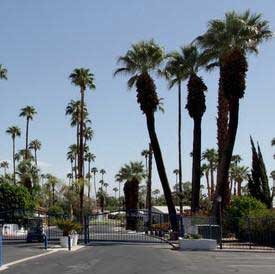 It turns out, I find history everywhere. Friends recently shared a blog with us of a tour and the history of the park where Jerry and I are being snowbirds. It’s called Blue Skies Village. Here is a tour of this historic park that was designed and built by Bing Crosby and Hollywood friends in 1952.  He had 480 palm trees planted and three of them are in our yard!  Caesar enjoys their trunks. How cool is that! I love these little tidbits of history. I hope you look for the inside stories wherever you are. It’s someone’s legacy and you’ll be carrying it onward when you notice and maybe bring a little healing into your days.  Thanks for reading Story Sparks.