Breathing in the New Year

I think many of us will be taking deep breaths as we face another year of uncertainty. Deep breaths are so important. I first became aware of the power of breath in 1972 as part of my training in Clinical Social Work. I chose a unique internship working with patients at a regional burn center in the midwest. I learned so much about healing there, and pain, and hope and family and faith, too. One of my patients was a 16-year-old girl who had a baby at home and whose father had been killed in the pizza truck accident that left Mary — not her real name — with second and third degree burns over 50% of her body. She also suffered from a broken pelvis and a broken leg. Her body was a pit of pain. The treatment for burns then — and may still be — included a wash twice daily of antibiotics pressed onto the burns left open to the air, no bandages. Imagine your last sunburn and someone rubbing antiseptic on it…over and over. Just knowing it would happen twice a day was a major agony. Mary would scream with such distress that her mother couldn’t even be on the same floor during the treatments— she felt so powerless.

I was called in as the social worker assigned to the family. What did I know about offering relief?

Out of the blue (or was it divine intervention?) I remembered some breathing exercises I’d learned my freshman year in college in a Physical Education class. The goal wasn’t to fall asleep, but to relax muscles and our mind’s meanderings. It was all I had. Mary agreed to give it a try. Mostly I thought it would help her relax before the treatments. We worked together and she learned those guided breathes that gave her control over both the anxiety of the treatments and the pain. At first, I had to be there with her for each treatment but eventually, she could do it herself and she could handle the treatments without pain which meant no screaming, her mother could be with her. I was a hero to the nursing staff who hated hearing their patient cry and her mom. But Mary was the real hero. She used her mind and breath and with medical treatment, she healed.

Today, centering prayer begins with focus on one’s breath. Meditation, health classes, even at the gym, workouts begin with deep breaths. Ten deep breathes before beginning anything can clear the heart and soul. In fact the Greek word for “breath” translates as “spirit” or “soul.” When we breath deeply we are doing soul work. I’ve often wondered if Mary continued the practice once she physically healed. I know her courage and spirit inspired me to not only pay attention to my breath but to celebrate the first treatment she was able to manage without fear or pain. It was an astonishing moment.

In some circles, the practice is referred to as a “body scan.” As I learned it, one starts at the bottom of one’s toes taking in deep breathes and imagining tension. On the exhale, one relaxes the toes. Then the foot, then the ankle, etc. (think knee bone connected to the leg bone, etc., remember that song?) until the entire body has been tended and the breath is at the top of the head. Sometimes I’d have her think of a warm light and it was the light that moved up bringing relaxation. She’d perform the exercise before bedtime too and slept better which also helped her healing. I think at one point I tape recorded the guidance so she could have a spoken guide because sometimes, our minds get muddled and wander off.

During the pandemic, I find myself doing this exercise more than I had for years. The biggest obstacle is telling myself I’m worthy of the time it takes. Maybe that was part of Mary’s healing: accepting that she was worthy of what it takes to heal.

I don’t know about you, but I shy away from resolutions because they seem to be just another way to hurt myself when I fail to live up to them. But I do like what some people do — choose a word for their year like balance or courage (mine is heart) as a reminder of a capacity they have or see how that word creates a new vision for their lives. Or they identify something new they want to learn (I downloaded Duolingo, a free app to learn Spanish). I also liked a NY Times suggestion of stepping outside and breathing in the new air before opening any device. That works for me because Caesar our Cavalier King Charles Spaniel gets me up at dawn to see the world! While he finds his space outside, I can take in the sunrise and marvel at creation.

But one of my biggest possibilities to explore is that I’ve decided — to let my hair become its natural color! It has been nice being mistaken for my friend’s sister rather than her mother — I’m only three years older than she is! But she assures me people will just think we’re two white-haired sisters. I hope so. It’ll be intriguing! This was 11 years ago. I’ve been coloring my hair ever since.

Perhaps a bigger change is that for the first time in 27 years, I do not have a book due September 1. I have a new title coming out in September —Beneath the Bending Skies that I’ll be telling you about next month — but I won’t have a manuscript to turn in. It just seemed like a good time to take a break, still writing but not under deadline. I’m looking forward to exploring some other venues — script writing, anyone? Keeping you wonderful Story Sparks fans engaged. Writing a gratitude journal. And there are several stories I’ve wanted to pen. One especially is an Oregon Coast story. So as the year moves forward, I’m looking forward to spending a little time at the coast, writing about that woman, but not at the expense of hanging out with Jerry when he feels well enough to do things. And maybe spend a little more time with extended family and friends.

I still hope to meet readers at scheduled speaking events at bookstores and zooming, too. And I need to get a handle on blood pressure issues (hence that “heart” word). And I plan to read several books that have nothing to do with my researching a particular story, just for pleasure and to admire the work of fabulous writers. I always did read for fun but I made it a reward for having worked on my manuscript. Now I can read whenever I want. A bit adolescent, you say? But that’s a new possibility too! 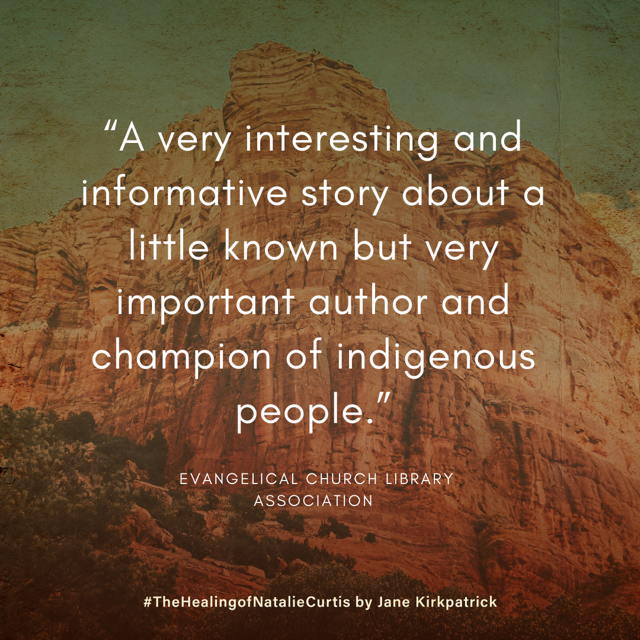 The Healing of Natalie Curtis continues to touch people’s lives. One reader told me she thought it was my best book and it may well be! I love that it has piqued people’s own memories and histories as well as educating about a time in history most know nothing about. One person told me the section of the St. Louis fair appealed because her grandmother had attended it. (So had mine that I wrote about in A Flickering Light). She had ephemera from the event. Another said the travel from New York to Pasadena to Yuma to the Acoma Pueblo reminded her of her own journey in the west. But one of the most inventive was an old friend who said he was reading the book and wrote that he “wasn’t bored.” High praise! Best of all, people are hearing of a remarkable woman and what one person can do to affect change.

Keep checking my schedule at jkbooks.com.  As we move closer to the summer, I’ll include events here. 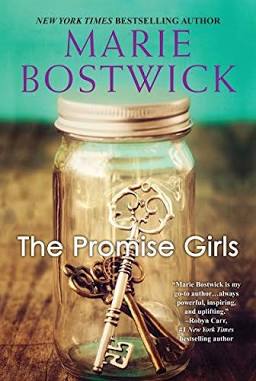 This is the first book I finished reading in 2022. What a great way to begin the new year! I loved this story of three sisters, a quirky mom, and a complicated plot told flawlessly. What a fine writer! Marie is a NY Times Bestselling author and another bestselling author said of Marie’s work “Reading Marie Bostwick is like wrapping yourself up in a warm, hand-crafted quilt.” So says Debbie Macomber. There isn’t quilting in this story (Marie has written The Cobbled Court Quilts Series among others) but there is some pretty amazing sewing going on along with stitching original characters, strong dialogue, and the joy of Seattle’s changing seasons. It’s a love story but not just between people but learning to love oneself. An aside is that I got to spend some time with Marie before the pandemic. We both attended the Houston Quilt festival. She is as charming as her most charming characters, kind and generous (she answers all her emails and letters), expresses a gentle faith and has a great sense of humor. And she has a Bienheim (red and white) Cavalier King Charles Spaniel just like Caesar. And now she’s an Oregonian! Visit her at Mariebostwick.com. I think you’ll enjoy this book or any of her others.