“People without hope do not write novels. Writing a novel is a terrible experience, during which the hair often falls out and the teeth decay. I’m always irritated by people who imply that writing fiction is an escape from reality. It is a plunge into reality and it’s very shocking to the system.” Flannery O’Connor, Mystery and Manners.

She’s captured where I am right now, writing novel number 29, book 40, in the year of the 30th anniversary of my first writing venture, Homestead. Fiction is a shock to the system. It wakes me up at 3:00 am with plot points swirling. It keeps me working on the ways to face anxiety each time I sit to write wondering if I can— but sit there any way, even when cleaning the oven beckons.

But each of us must be willing to take next steps into reality even when we can only see one step in front of us, even when it’s something we’d rather not do. This resistance for me at least is pandemic related. Reality can be shocking. 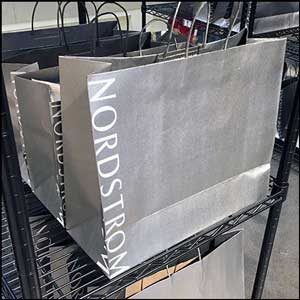 For instance, a week ago, a friend and I (fully vaccinated and finally able to hug each other hello) discussed getting new bras. Was it time to go out among our peers, into a store, trying on intimate apparel? We decided we were ready. We made an outing of it and chose Nordstroms as that store has “consultants” when it comes to fitting bras.  I’ve lost 24 pounds since I bought my last bra (and that was online) so I figured I would need some help. Remember Mr. Rogers advised in a time of trial to look for the helpers. Nordstroms is famous for its helpers.

We made our selections, our consultant assisting — she had several other women who had the same awakening that day. She kept apologizing for not being able to help us more. “So many women bra-shopping,” she said. Ready for a dressing room, she was shocked none was/were available. And when we finally got a room, we were amazed that we could hear chatter up and down the rooms of women talking about bras! Not dresses or pants they were trying on — bras. (My step-daughter said she’d gone bra-shopping the same day in Florida — we had not conferred about our lingerie status.) She found one for ten bucks while the biggest shock I had was that my choice was forty dollars — a cup. Sticker shock took on a whole new meaning.

But being out was grand. Of course discovering that prices have gone up during the pandemic isn’t the shock that really matters. It’s not what O’Connor meant about that plunge into reality and how fiction both demands it and can help us through the challenges. I think a bigger shock is to once again have to discover if we have the courage to take the next steps even when we don’t know if things will work out. Most of us are tired after these months of adaptation, and facing newness can seem overwhelming.

Novelist E.L. Doctorow wrote that facing that anxiety of the blank page was like “driving a car at night. You can never see further than your headlights, but you can make the whole trip that way.”

As we face a changing world, keep your headlights on to bring light to the shocking experiences you might face. Draw on the wisdom and the fact that you’ve endured a pandemic, for goodness sake! Such resilience you’ve demonstrated and I’d be pleased to hear of how you’ve done it. Just reply to this email with your story. You’ve fueled those headlights I suspect through faith and family and friends.  Let’s keep plunging. Now back to work for me. I’ve got a blank page to fill. And a new bra to wear. 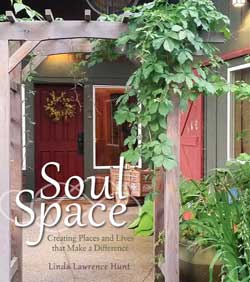 A writing friend, Linda Hunt (who introduced me to the story that became The Daughter’s Walk) has a wonderful website including inspirational stories. She writes a terrific newsletter too that is archived on her site.

A former head of the Whitworth University Writing Program, Linda and her husband Jim also began the Krista Foundation for Global Citizenship to memorialize the death of their 25 year-old daughter serving with her husband in Columbia. She was killed in a bus accident in the 1980s. Linda had to take those next steps even when the pain of loss was so profound that seeing what was ahead must have looked like a heavy fog that no headlights could penetrate. But she found a way to go forward with writing. She also created a garden and respite for young people serving in difficult settings around the world. And she keeps finding new ways: as a public speaker, writing more books, doing a TED talk in Spokane where she lives. Her book about loss I especially appreciate is Soul Space Creating Places and Lives that Make a Difference. She is also a three time cancer survivor so she has a few insights about resilience, too.

Currently, she has a YouTube interview with Iconic writer Alice Walker perhaps best known for her novel The Color Purple. Linda introduced her as a writer in her “wisdom years.”  I like that.  The conversation is about writing but also resilience as Alice has a personal story that speaks of challenge and finding a way to move forward. Highly recommended. View the video here

The Rotary of El Cerrito hosted the interview. Good food for thought whether one is a writer or not.

I especially appreciated Alice Walker’s comment that The Color Purple had a theological premise. It fed my belief that writing is like praying for me. It’s where I feel the closest to the Divine. From reading Linda’s work, I suspect she might feel the same. You can too, even if it’s to write “Why am I writing? What question am I trying to answer?” The words will come and with them, wisdom.

Getting Back to In-Person

I had my first in-person presentation last month at the Women of Worth event sponsored by the Rolling Hills Community Church in Tualatin, Oregon. The group celebrates women over fifty. You can watch the video here. I spoke on “Hope is an Orientation of the Spirit.” Music and inspirational words precede my part. I’m at the 39 minute level if you’re time constrained. Enjoy.

The Zoom world has allowed for new and otherwise not likely connections. For example, Sunriver Books and Music, an Independent Bookstore that has sold possibly more books of mine than any in the country, is hosting a Zoom event August 14th at 5:00PM Pacific, with me and two great authors: Craig Johnson of Longmire fame — the nine award-winning books and Netflix film seen around the world — and David Heska Wambli Weiden, Colorado debut author and enrolled member of the Sicangu Lakota Nation and author of Winter Count.  Mark your calendars please!

I proposed a conversation about writing Native American Characters in Literature. It seemed a fitting subject as my fall release about Natalie Curtis concerns a white woman’s hope to break the Code of Offenses that prohibited Indian people from singing, dancing, speaking their language or follow traditional customs. I hope I have told all their stories well.

There’ll be more information about events — and this conversation — in my August Story Sparks. I’m taking a break in July.

On a personal note:

The pandemic has given us lots of time to talk. Sometimes Jerry and I face each other, knees touching, holding hands (an old mental health thing. He indulges me.) We just look into each other’s eyes. No speech. A ten minute limit. It’s a shockingly powerful exercise. Afterwards, we talk. Lately, we’ve chatted about whether the book I’m working on now might be my last novel. I have other women to write of, but I’m plunging into reality, not just finding an historical woman’s story but rediscovering my own. Should I turn off the computer? Is it time for something else after all these years of feeling called to “Go to the land and write”? Or am I just on that part of the path with a fork in the road? I’m trusting I’ll know which road to take. I highly recommend the knee-touching time for making connection and welcome your prayers for wisdom.

I’m not sure if its pandemic related or not, but I’ve been reading quite a bit of late. Reading these are rewards for having written.

What’s on my To Read pile?

And that shall end my Story Sparks except for this update. We will celebrate Jerry’s 91st later this month. His cancer continues in remission for which we are grateful beyond words. This summer, I’ll help with a fundraiser for Burundi’s Indigenous People, the Batwa, who so far have escaped the scourge of Covid-19. And I’ll be plunging into reality through fiction. Oh, and it looks like there is progress with a film option for Homestead. Nothing signed, but conversations. The headlights are on; we are driving forward making me remember that little first grader who gave me this inspiring definition. “Powerful is when you want to quit, but you keep going.” And as we learned to do while on the homestead, we will. I hope you will too.

I leave you with this video link to close. Titled “We Were Soldiers Once…And Young.” It’s about reunions and you might gather up a tissue or two. I used several, but tears of joy are healing.