Some of you know that I love words. Aghast. Pig. Just the sounds make me happy. I’ve just learned a new word Kuchisabishii. It’s Japanese that translates as “lonely mouth” and it is described as a possible explanation for the changed eating habits of many of us during this Covid-19-era. I’ve put on three pounds since we’ve been in California. Two and a half since March when the shut down began. Back in Bend, I have a little note inside my refrigerator that I lifted from a book by Genene Roth titled When you Eat in Front of the Refrigerator, Pull up a Chair. It’s a great book, re-read by me many times. She – and researchers in eating disorders – reminds us that food brought us the earliest comfort when we were babes nursing at our mother’s breast or seeking that nourishing formula. Many of us equate love, comfort and security with food.

On a parallel note, I’ve just finished the final edits for my book about Abigail Scott Duniway titled Something Worth Doing. At this stage, I’m reading the manuscript out loud (and just learned that Mocrosoft WORD has a feature where a voice will read the manuscript so I can see how it would sound with someone else saying those sentences. Must get that!). Reading out loud identifies words echoed in the same paragraph or structural problems in the text. It also lets one hear how often certain words are repeated. Even without the feature, I heard myself say this word often: comfort. Gee. I wonder why? More than 130 uses of comfort in my manuscript. I searched each occasion and decided whether to keep that word or use another. The process brought to mind a theme hidden even to myself inside this story and perhaps universally as we maneuver this virus: seeking comfort.

As I review the story through the comfort lens, I can see that all the characters sought comfort, found ways to feed Kuchisabishii, the “lonely mouth.” This story is of a woman dealing with great uncertainty in her life as she attempted to be a good wife and mother, a companionable (though competitive) sister and a business-woman and writer seeking liberty for others through changes in laws and especially gaining women the right to vote during a volatile socially-changing time following the end of the Civil War. It’s also a story of living in uncertain times and how we grieve and find solace in the midst of uncertainty asking the question: Where is that comfort in times like these? Not in the refrigerator, though during this Covid crisis that’s where I have sometimes gone.

No shaming allowed here, though. We do what we have to in times like these. But having acknowledged my three pounds, I will keep a promise to myself to be attentive when I open that refrigerator door seeking dark chocolate or find my trail mix snack calling my name. I only need to ask myself, “What comfort are you seeking for your lonely mouth and where are you most likely to receive it?” The answer may be to recognize my anxiety about driving 1000 miles to return to Oregon beginning Wednesday, concerns about keeping Jerry safe. Frustration with not being able to remember what we left so not sure what to pack or leave here. And then like my manuscript review, to look at each response. I need to give myself permission to either resolve the worry with chocolate or maybe I’d feel better if I gave Jerry a hug, petted Caesar, called a friend, spent time in prayer, read a good book, listened to music, wrote my newsletter! The last is what I did most recently so thank you all for saving me from dark chocolate at least for the moment. 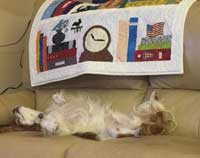 Jerry’s biopsy in March revealed good news: He does have a genetic mutation called BRAF which means he has another treatment option for melanoma. It’s an oral pill that can be given if his current infusions stop working. At this point, we think they’re working. ;-) We’ll find out more after his next CT scan in June. Thank you for your continued prayers and lifting of healing thoughts coming our way.

Caesar, our Cavalier King Charles Spaniel gave us a scare late one Sunday evening. He sat up out of a dead sleep, his eyes were moving inside his head with a kind of Stevie Wonder wave. He got up on the couch next to me and his heart was racing and his breathing was 40-50 respirations a minute. When he tried to stand up, he couldn’t. I thought he was having a stroke. A call to the emergency animal hospital took me to the town of Indio, about 20 minutes away. There were eight or nine cars with people in them, waiting for word on their pet. I called as instructed when I arrived. Staff wearing face masks (everyone was! Even those waiting in cars) brought out a gurney and wheeled my Caesar away. It was late. I called Jerry and told him I’d be awhile and for him to go back to sleep. Then I called my friend Sandy in Salem who has Caesar’s brother. She stayed on the phone with me for the next hour, almost two before the veterinarian got back and said that Caesar was up and walking around! She called it something like idiopathic or Old Dog Vestibular Disease. She said that really means no one knows why it happens but it causes imbalance, maybe vertigo and confusion as their eyes are rolling around while their bodies are standing still. So a little mescaline for five days and he’s pretty much as good as new. Emergency services in the era of Covid -19. I never even met the doctor; but she had a comforting voice. 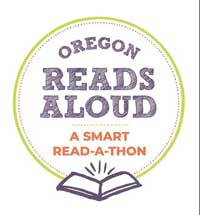 If you’ve been missing my cheery voice, you can tune in to Oregon Reads Aloud where on Saturday along with tons of other Oregon authors and reading supporters, I read to raise money for SMART, Start Making a Reader Today. We hope to raise $35,000 so we can give each kid involved a book of their own. I read on Saturday an hour in (you can fast forward if you wish but I’d listen to all the authors. Very comforting reads!) My book was I Am Sonia Sotomayor, a children’s biography of the first Latina and third woman appointed to the US Supreme Court. It was written by Brad Meltzer and illustrated by Christopher Eliopoulos. Behind me is book quilt made by Fort Rock quilter Vickie Gibbs. Another comforting artform! 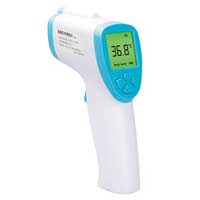 Some strange words have appeared during our sheltering in place. I think I mentioned that through Pandemic Partners – Bend, a Facebook page begun by First Presbyterian, Bend, that I was able to acquire a thermometer through someone in Minnesota whose sister lived in Rancho Mirage, where we have wintered, who had an extra one. It was great to make the pick-up in a bank parking lot. We have used it daily. But before I found Pandemic Partners Bend (which has gone viral and is now all over the country with the names of your town quite likely), Facebook friends suggested going to sites that sold infrared thermometers often used by those hoping to get pregnant. I did that and found one! I ordered it. And it came up on my credit card as a Chinese name followed by “Sexy Lingerie Store.” Really? It did not arrive which was one reason I was so grateful for my neighbor’s gift. Then last week I got a notice that Sexy Lingerie Store would be delivering my thermometer soon. And they did! I apologized to the essential UPS worker who had the misfortune of having to deliver it. And here’s the twist. The instructions are in Chinese and the numbers are metric. We haven’t been able to adjust it. So if someone knows how to help Sexy Lingerie Store, we’d be grateful.

Right now, there are some events scheduled in September and October but it is a week at a time for decisions. I don’t want to put any of you at risk nor do I want to bring anything home for Jerry to have to deal with. And I hope for more than 25 people so while gathering restrictions are in place, we’ll all just be patient.

Now is a really good time to read a good book! I happen to know of a few, and not just my own. You can visit my archived Story Sparks and read my Word Whisperings recommendations or go to Bookbub to see books I recommend.  Thanks for your patience. 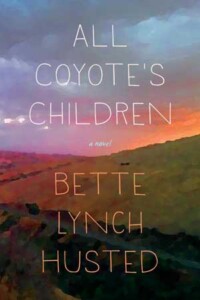 If you haven’t read anything by Oregon author and teacher Bette Husted, you have kept yourself from goodness. She’s a poet, really. Her collection of essays Above the Clearwater: Living on Stolen Land about growing up near/on the Umatilla Indian Reservation is one of the most evocative memoir/collections I’ve ever read. Her first novel, All Coyote’s Children is as textured and tender as a story can be about boundaries of family, culture, change and grief. Annie and Jack Fallon had been living the ideal life, he as a professor in Portland and she as a substitute teacher. Both looked after their teenage son where the family spent winters in Portland and summers on the family ranch surrounded by the Northeastern Oregon Indian reservation. Things can change in a heart beat. And don’t we all know that in 2020? This is a book about how to row through grave uncertainty and loss with love as the oar. I’ve been up late reading. I suspect you will be too.

The arts can bring solace as they appeal to that part of the brain that never shuts down, even in times of trauma, even when our bodies go on survival mode: the amygdala. It controls emotions. Healing can enter here through the senses, even when other parts of the brain aren’t susceptible. PTSD patients know about this. Children enduring tragedy know how art, music, movement and story bring healing. Enjoy this presentation. Find a poem to read. Gaze at the landscape, dance in the driveway and savor the small treasures you might have overlooked in the world around you. Read Psalm 121. Here’s a chorus from a Canadian choir. I cry every time I hear it. Enjoy. The Longest Time.

I hope as the virus uncertainty continues that you will promise yourselves no shaming for how you feed your lonely mouth. And may you find comfort in the everyday places that bring gratitude rather than anxiety. And if you find comfort inside food, pull up a chair and truly enjoy. See you later in the summer!

Thanks for reading Story Sparks.