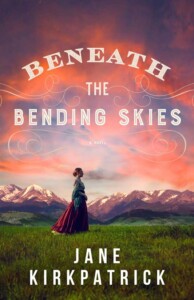 It’s here!  Beneath the Bending Skies arrived and will be officially released on September 6, 2022. Those of you who ordered from me will have your books before long. Those who ordered elsewhere but messaged me your snail mail address will receive your signed book plates. I mailed them today. I couldn’t be happier. It’s a beautiful cover and has received great reviews from Publisher’s Weekly and Booklist, the latter so important for the library market where many readers find me. It’ll be my last book for a while, but I spent last weekend researching the next one with my friend/researcher Suzy Wintjen and her husband Collin. (Writing has brought me such wonderful new friends).  I won’t be writing that story though until after we’ve moved. (Yes, the house sold. We are grateful considering we listed it the day after Jerry got out of the hospital with pneumonia, the Federal Reserve raised the interest rates and Caesar died. I thought for a minute we were in a country western song! )

The next book release won’t be from this house. But Beneath the Bending Skies is. I hope you enjoy this coming-of-age story of Mollie Sheehan Ronan who grew up in the gulches of Montana and moved many times as early pioneers did. Her father eventually took his family to California where we are headed. But she came back to her beloved Montana and I have a sneaking suspicion, we’ll be back in Oregon, too. At least to visit.  Writer Parcel Proust reminds us that the “real journey of discovery is not in seeking new landscapes, but in seeing with new eyes.” We can do that from anywhere. I hope reading this book will help you see with new eyes focused on a story of a woman’s struggle between loving two landscapes and loving two men and how her faith and sorrow met in the boundary of two great loves. One was her loving but domineering father – the other a man she loved who was her father’s former best friend. A book I’m reading by Elly Griffiths had a character say – “The landscape is a hymn between earth and sky.” I think Mollie would agree. I hope you’ll be singing hymns when Beneath the Bending Sky finds you in your favorite landscape and perhaps join Molly in her journey toward a deepening faith.

As I was having my nails done last month, I struck up a conversation with the person next to me. Inevitably, the conversation turned to “How long have you been in Bend?”  (Central Oregon is one of the fastest growing regions in the country with now nearly 200,000 lively people.) She’d been here since the ‘90s. I’ve been here since 1974 when there were about 8,000 people though we left for nearly 30 years to Homestead. “My husband came here in 1939 when he was nine years old. He attended school here,” I told her.

“Which high school did he graduate from?”

“There was only one then, Bend High. But he didn’t graduate. He went into the Navy. He became a photographer and was one of the official photographers at Truman’s inauguration in 1948. And when Stalin, Churchill and Truman met on the Presidential yacht the Williamsburg, he was one of two photographers there too.” She was impressed. (I was when he told me when we first met. I reminded him that if he’d known me then, he would have had to have gotten a babysitter for me. I wasn’t yet three.) She laughed when I told her that. “He always wanted to get his diploma,” I said. “He finished the coursework and the results were sent to the principal then – he remembers it was R.E. Jewell – but the Navy never heard back.”

“Oh! I work for the school district. They give diplomas now to veterans who have left high school to serve.”

Really? She gave me the principal’s name. I sent him an email and a few days later he called. We met. I had to bring Jerry’s separation papers showing he’d been honorably discharged. Pack rat that he is, he had them. And then the date was set. On October 10, at a Veterans Day assembly, Jerry – age 92 — will receive his diploma from Bend Senior High School.  Not an honorary one, but the real deal the principal Chris Reece told me. He doesn’t have to wear a cap and gown but the principal and superintendent will. It makes me teary.

When I told Jerry, he said he didn’t really need a diploma. But I assured him that he’d want it on his next job application. But more, the principal said it was the most popular assembly they had when they could give a veteran his diploma. It told the kids how important military service is and how important an education is, that even after all these years, this veteran is honored to have served his country and to have his blue and gold case holding his diploma. There’ll be a reception later for other veterans too getting their diplomas and mostly to honor a memorial being dedicated to a Medal of Honor Winner, Robert D. Maxwell, now deceased. Family and friends may come too. We will fly back up for it.

Our pastor said we needed to have a graduation party for Jerry. So we will. I won’t just be teary then, I’ll cry into the cake. Hopefully, one day Jerry’s great grandchild will be inspired to get her diploma like her great grandpa did.

The Oakland, County Michigan Sheriff’s Office expanded their comfort canine unit with two more Cavalier King Charles Spaniels. (theoaklandpress.com) The unit has ten that respond with their officers to traumatic events. And here’s a video for you, not of the unit, but of a breeder – Storytime Cavalier — who it turns out lives five miles from us! Isn’t that name perfect? One of my Story Spark Readers told me about the breeder. Thank you Julie Rearden. One of the three Blenheims (white with orange spots) will be ours come late September! We’ll still be here in Bend as Jerry has a deer tag he’ll be hoping to fill in October. I’m going with him and so will the puppy. Oh, joy! Click here to watch a cute video of Cavalier puppies.

October 20 – Letitia Carson Elementary School dedication, Corvallis, OR.  I will be attending as part of the audience honoring the renaming and the dedication of James and Joey Lavadour, gifts to the school. They are fabulous world-famous artists and members of the Walla Walla tribe. James and his brother are direct descendants of Letitia Carson of A Light in the Wilderness through Letitia’s daughter Martha, born east of Laramie in 1845. James is known for his amazing abstracts landscape paintings. https://jkbooks.com/product/a-light-in-the-wilderness/

Homestead is now under contract with Wildwood Films. They have four years to create a film. We are excited! And we signed with a producer to seek funding for a film based on A Light in the Wilderness, my version of Letitia’s story. There are other active things happening for her story with authors working on children’s books, teachers designing new curriculum and the Legacy Project hoping to excavate the site of Letitia and Davey’s cabin near Corvallis, Oregon and perhaps one day have an historical site kids/families/all of us can visit.

Read and Paint Event – a Success 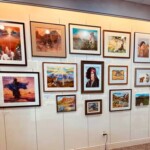 The Healing of Natalie Curtis Read and Paint event (held on July 30th) was a huge success. Close to one hundred people came out to view extraordinary paintings, hear prayers and stories told by native elders, browse and purchase Native artists works of beads, cedar flowers, pottery. It was a lovely evening. Natalie’s story was also named a finalist for the WILLA Literary Award for Historical Fiction. And it’s still a contender for the Will Rogers Gold Medallion Award. Humbled by the joy these stories are bringing to others. 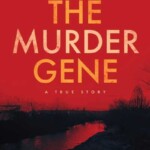 I’m a pretty eclectic reader, and this book is in the true crime genre. I don’t read a lot in this category, but Ann Rule was the queen of such work and she was a skilled author helping one turn pages whether about serial killers or lone wolves of other kinds. Karen, the author of this title, is a writer whom I’ve gotten to know and call a friend. She’s written both fiction and non-fiction with Georgia (her home state) and Northwest influences (this story as both). She was a police/crime related reporter for a number of years and she brings a grace and sensitivity to this well-informed story, focusing more on the victims and their survivors than on the violence of the perpetrator. Here’s a bit of what I love about her writing: “Regeneration. In theology the terms means to be reborn, to be made new again….but regeneration isn’t solely a belief system: it is also a biological function.” Her ability to wrap complex science data about DNA with tragic deaths across generations and mix in theology and psychology, is genius. Karen is an Ann Rule protegee and in The Murder Gene, you can tell. Be prepared to be informed and moved.

I have found a poet I like nearly as much as Mary Oliver, Lynn Unger, a Unitarian Universalist pastor. The poem I’m leaving you with was written at the beginning of the pandemic. I’ve read it fifty times since it was shared during a “Poetry, Prayer and Peace” Zoom gathering in July.

As we’ve prepared to pack, say good-bye, manage hospitalizations, new health challenges for Jerry, losses and longings, the last line has come to me and given me strength remembering to stretch the clay and that “the bowl will never be done.” (Alert: the YouTube rendition below has music.)

Mollie Sheehan Ronan in Beneath the Bending Skies I think would relate to this poem. She was a poet as well as a wife, mother, sister and daughter. She had worries yet looked for the small joys to help her stretch her clay. May you all have what you need to keep reshaping your bowl. Thank you for your faithfulness in my stories, helping make my “bowl” stronger day by day. I hope I help you do the same with yours.

Until next month…thanks for being there.